If you are interested in having your work considered by our editorial board, then contact by email is preferred. Please click the link below and include all available materials to share your ideas and vision for the project.

Celebrating the art of storytelling and the craft of bookmaking

Great design books are treasured and live on to spark design innovation and shape our experience and understanding of the world.

To Submit your Proposal by Mail

Please send all mail submissions to our office at

AR+D, or Applied Research and Design Publishing is a thriving editorial platform that creates a space for research-based publications within the fields of Architecture, Landscape Architecture, Urbanism, and Design. With a diverse and talented editorial board consisting of a select group of the brightest practitioners, educators, and design thinkers in the world, we specifically focus on emerging dialogues between diverse modes of applied research that currently dominate a range of architectural practices, and their role in defining new modalities of spatial synthesis best afforded by design. This peer reviewed imprint concentrates on the study of emergent spatial dynamics taking place across multiple scales and geographies, in order to construct a new ground for both established and emerging voices to disseminate their ideas in physical print.

With decades of experience in the publishing and printing industries, we understands how powerfully a message can be conveyed.


Throughout the past 25 years, ORO has produced some of the most important books in the illustrated-book marketplace.


Meet the AR+D Editorial Board

David Grahame Shane trained at the Architectural Association School of Architecture in London in the 1960s during the Archigram years. He completed an MArch in Urban Design and a PhD in Architectural and Urban History at Cornell with Colin Rowe. He taught at the A.A. School under Alvin Boyarsky before joining Columbia University in 1985 (and the Urban Design Program in 1991). He now also lectures at Cooper Union and City College in New York. Over the past twenty years he has taught Urban Design master-classes and lectured internationally, as well as being published widely.

In 2008 Kenneth Schwartz was appointed as dean of the Tulane School of Architecture after serving as professor, department chair, and associate dean for twenty-four years at the University of Virginia. As a founding principal of CP+D (Community Planning + Design) and Schwartz-Kinnard Architects, he has won four national design competitions exploring the constructive force that progressive urbanism and architecture can play in rebuilding cities. In addition to his design work, Mr. Schwartz has served as a planning commissioner and
member of the Board of Architectural Review for the City of Charlottesville, focusing on design and preservation issues in the community. Mr. Schwartz served on the University of Virginia Master Planning Committee and the Art and Architecture Review Board for the Commonwealth of Virginia. He is a past president of the National Architecture Accrediting Board and recent board member of the Association of Collegiate Schools of Architecture.

Monica Ponce de Leon is the dean of the School of Architecture at Princeton University. Along with her success in academia, she is widely recognized as a pioneer in robotic architecture and practices widely through MPdL Studio, which she is the founder of. Throughout her career she has won various design awards including the Young Architect Award in 1997 from the Architectural League of New York, the Award in Architecture in 2002 from the American Academy of Arts and Letters, and the Emerging Voices award in 2003. Her past academic career includes being the former dean of A. Alfred Taubman College of Architecture and Urban Planning at the University of Michigan and work as a professor at the Graduate School of Design at Harvard University.

John Parman is an editor and writer based in San Francisco and Berkeley. At Gensler, a global design consultancy, he serves as editorial director of the publications group and the editor of its client magazine, Dialogue, which he co-founded in 1999. He also co-founded and published the award-winning quarterly Design Book Review from 1983 through 1999. He is an editorial adviser to Architect’s Newspaper California edition and Room One Thousand, a publication of UC Berkeley’s College of Environmental Design. He writes for Arcade, the Seattle design journal, and is a founding editor of TraceSF.com, a blog journal focused on design, culture, and urbanism. 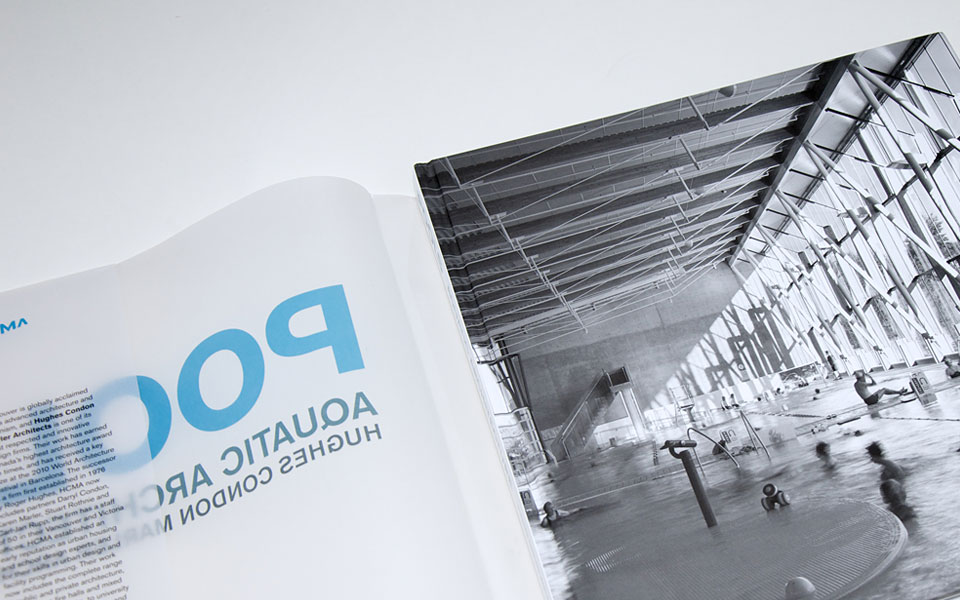 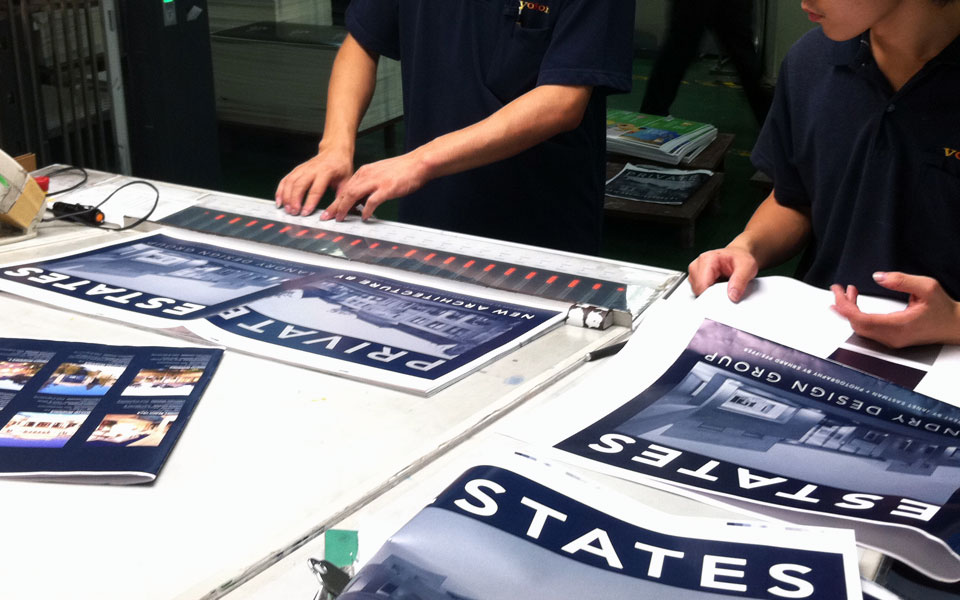 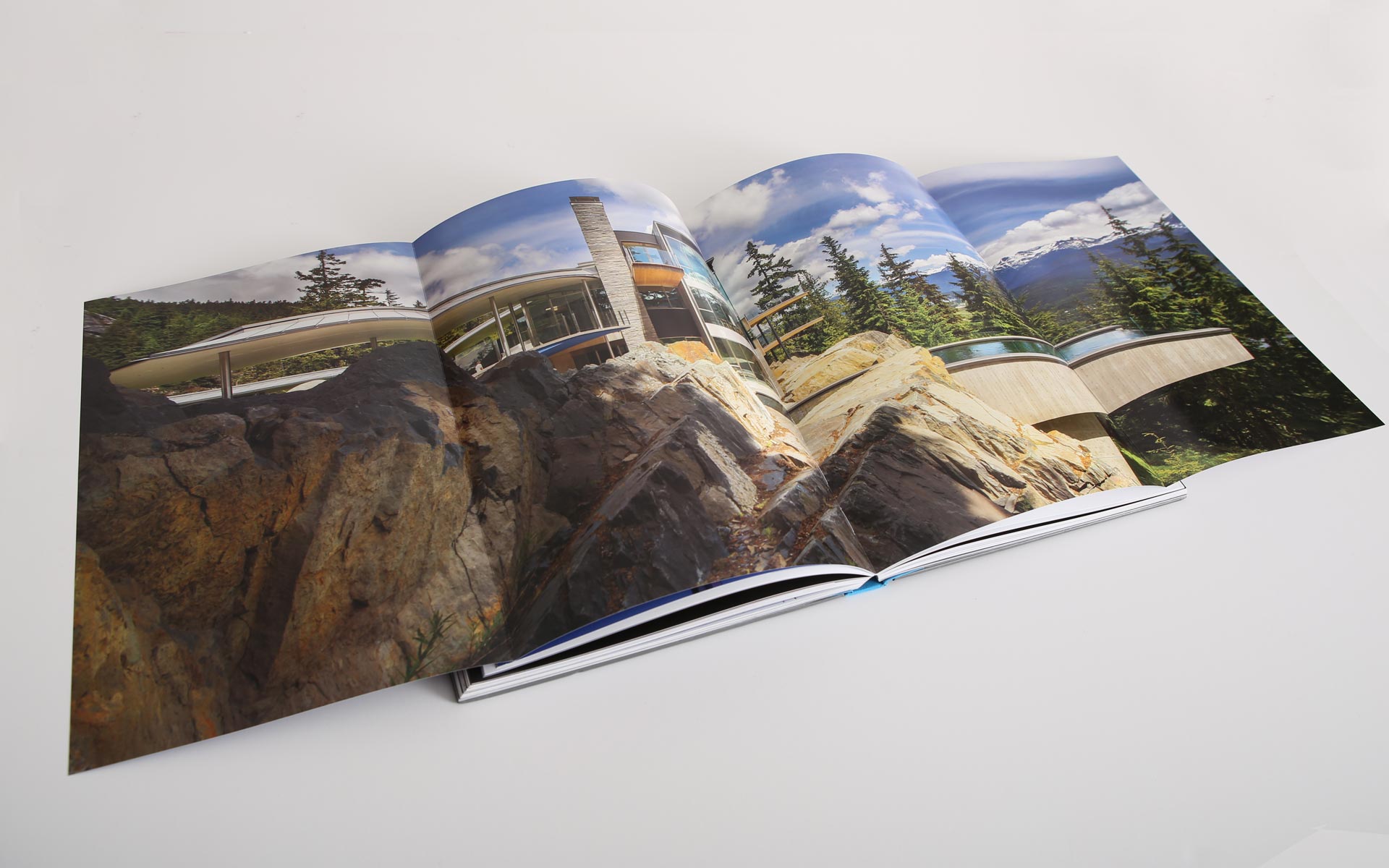 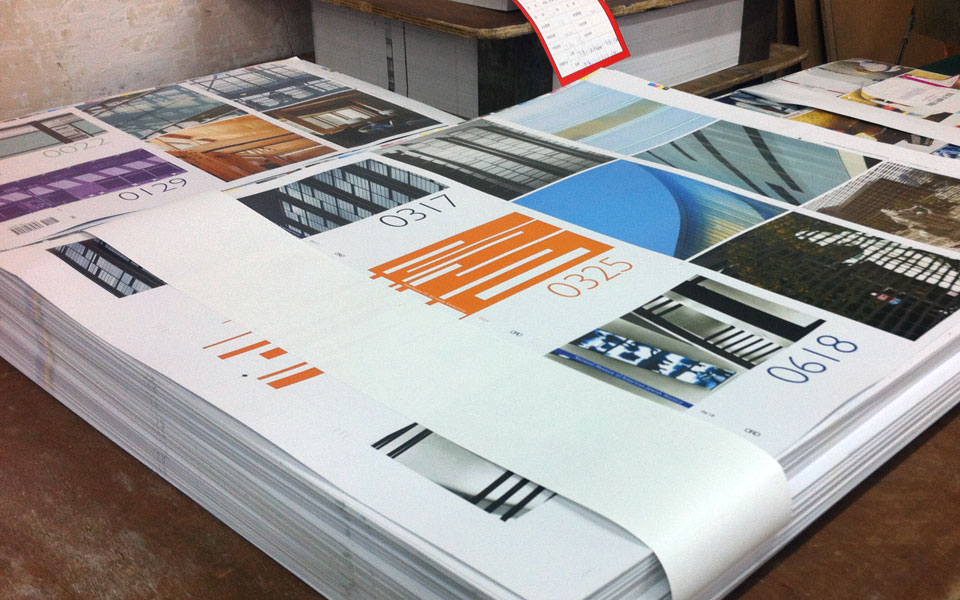 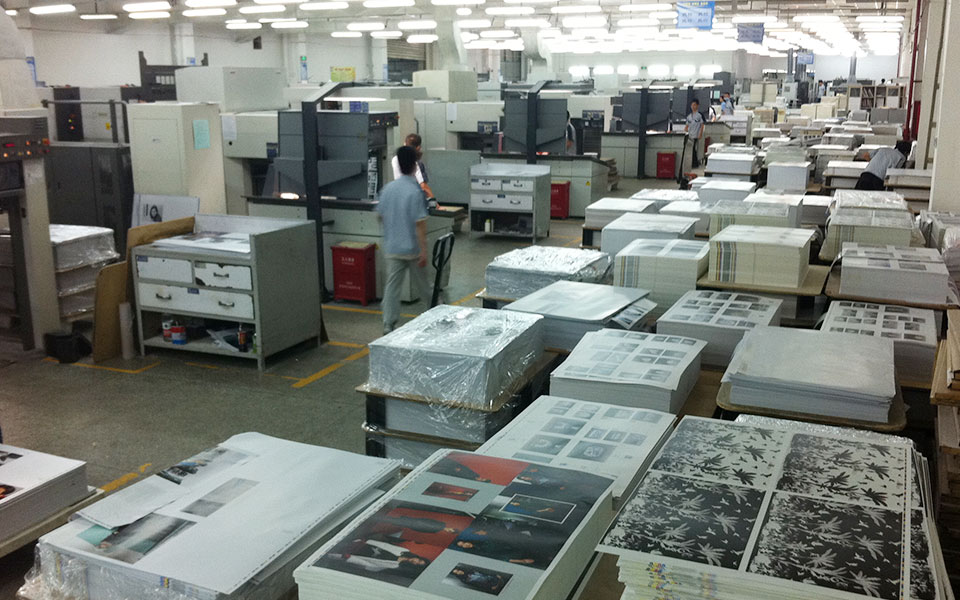 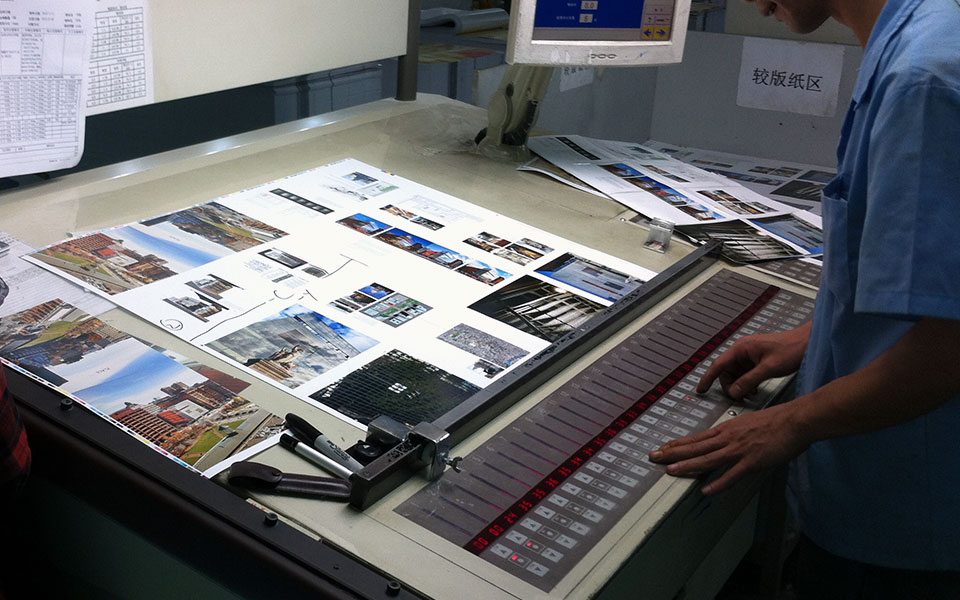 Michelangelo Sabatino, PhD, is the interim dean of the College of Architecture at the Illinois Institute of Technology (IIT). Michelangelo is an architect, preservationist, and historian whose research broadly addresses intersections between culture, technology, and design in the built and natural environment. From his research on preindustrial vernacular traditions and their influence on modern architectures of the Mediterranean region, to his current project, which looks at the transnational forces that have shaped the architecture, infrastructure, and landscape of the Americas over the course of the 19th and 20th centuries, he has trained new light on larger patterns of architectural discourse and production. Sabatino is professor and director of the doctoral program at the Illinois Institute of Technology College of Architecture in Chicago.

Lake Douglas, PhD, FASLA, is the associate dean of research and development at the College of Art and Design, Louisiana State University, and professor in LSU’s Robert Reich School of Landscape Architecture. He received a BLA in landscape architecture from LSU, MLA from Harvard, and PhD from the University of New Orleans. He is the author of seven books—the most recent being Buildings of New Orleans (University of Virginia Press, 2018), which he co-authored with Karen Kingsley—and dozens of articles, book chapters, essays, and book reviews. His writings have been recognized with numerous awards. In addition to teaching, he is active in efforts to support open space equity and revitalize public spaces in New Orleans.

ORO, taken for the Spanish word for ‘gold’, is the inspiration of founder and executive publisher Gordon Goff, is founded on a principle of building lovingly hand crafted books which exude creativity and employ the highest standards of quality in an effort to express a deeper perspective and reveal the soul of design.

Goff began his career in publishing in the mid 80’s in Singapore where he launched Palace Press International with his younger brother Raoul, which over a period of 20+ years, grew into a very successful book production and high quality illustrated book packaging house developing, producing and printing 1000’s of titles for the likes of Penguin Studio, Harper Collins, Random House, Chronicle Books, Rizzoli, Thames and Hudson, Callaway Arts and Entertainment and many more. Working from this international platform the Goff brothers later launched Mandala Publishing and Insight Editions both of which have gone on to become top tier publishing houses in their respective fields.

Officially launched in 2006, ORO quickly became an award winning and internationally recognized publishing firm, producing bespoke publications featuring the work of global design practices, master architects and a wide range of  landscape and urban design professionals. Over the last 12 years ORO has designed and published over 400+ distinct titles, emerging as a global leader in the publication of design and applied research based academic publications. 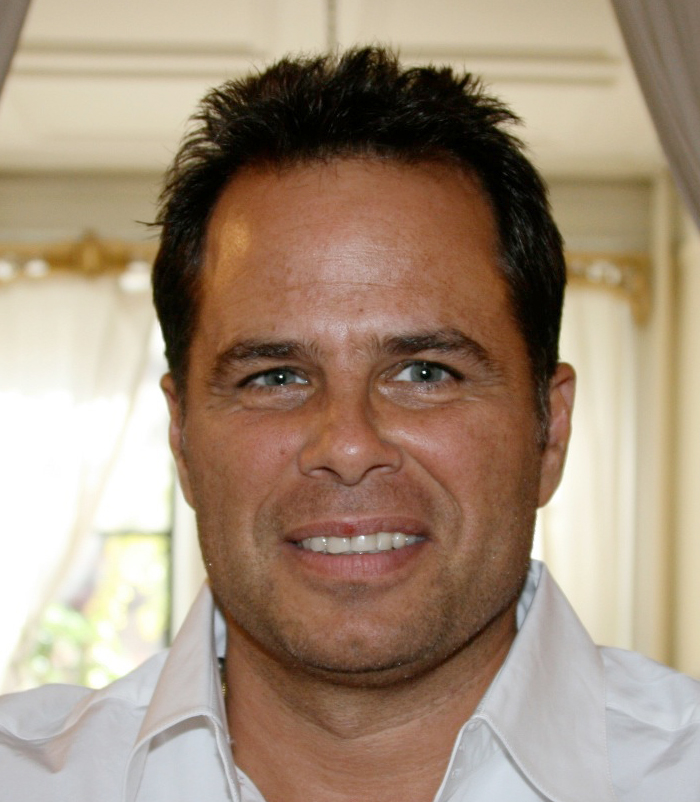